Its been a long road for this cape, but its finally done.  I believe I showed you all the process of shaving down the shoulders and I told you that I tested it with a muslin in mid December.  Well, My boyfriend came back from his work trip and that left us with about 11 days before he left for Japan.  Oh, did I mention my boyfriend of almost 7 years is going to Japan to work for a year?  Well, he is, so I quit sewing while he was home so we could spend some quality time together before he abandons me for that sweet, sweet expat life!  The only time I touched my machine was to hem his work uniform pants.

Anyway, that is part of the reason it took so long, the other part is when I broke my machine right in the middle of it.  My needle just fell out and in the process bent, then I couldn’t get any more needles to tighten.  I took it to the shop for repairs, and they were able to fix it on the spot, but by then I had to go back to work.  Nothing kills the sewjo like work.

None of that matters, its done and I have pics!  Now, I didn’t get any outdoor pics because of #bombcyclone and the resulting unbearable temperatures in the wake of it.  Would you believe that my weather app is so terrible that I had no idea this was even happening until after it was over?  I thought we were only going to get an inch of snow… 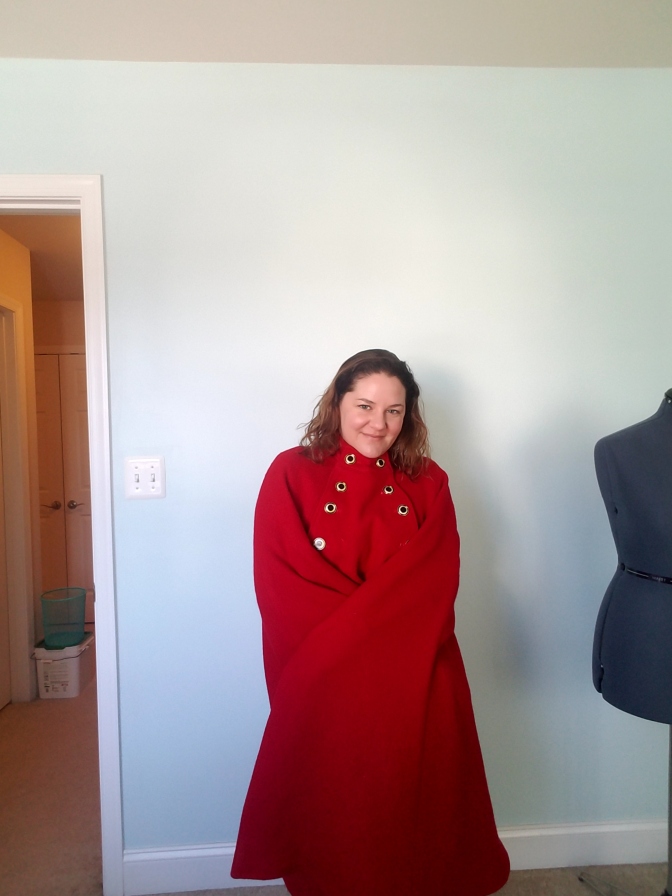 So, its clearly got some drama to it, from the length to the color!  There isn’t much to review here.  It was incredibly simple to put together, I had no trouble with it at all.  I struggled with the buttonholes and button placement a bit, but the only one who will ever notice or see that is me.  It is unlined, so used bias binding to finish my seams.  I made the bias tape from some scraps from my stash.  I think it made for a very striking finish that you get to have little glimpses of! 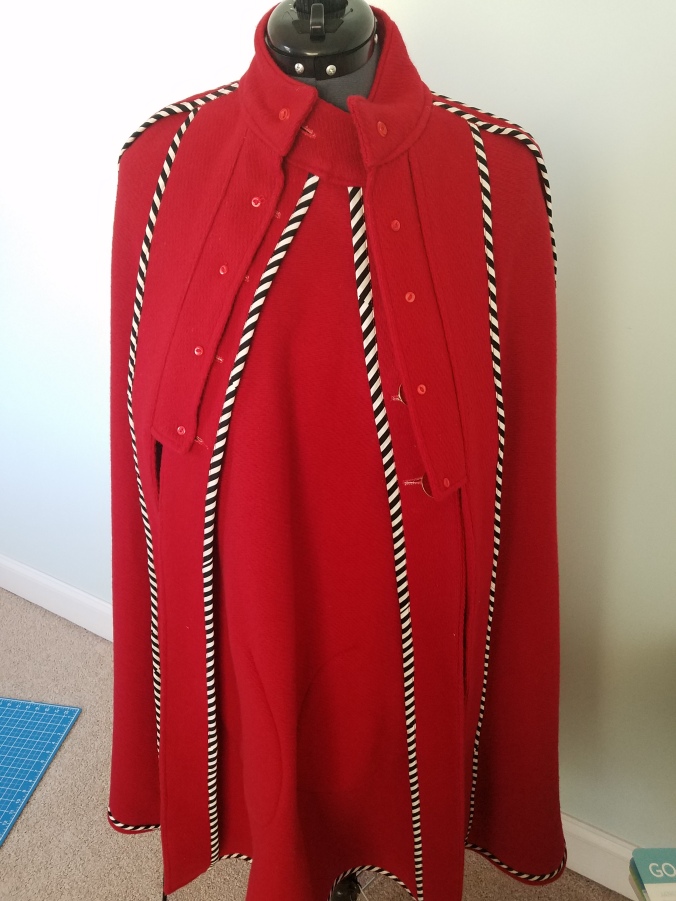 Inside out view, I used shank buttons, so I backed them with tiny red buttons on the inside for stability. 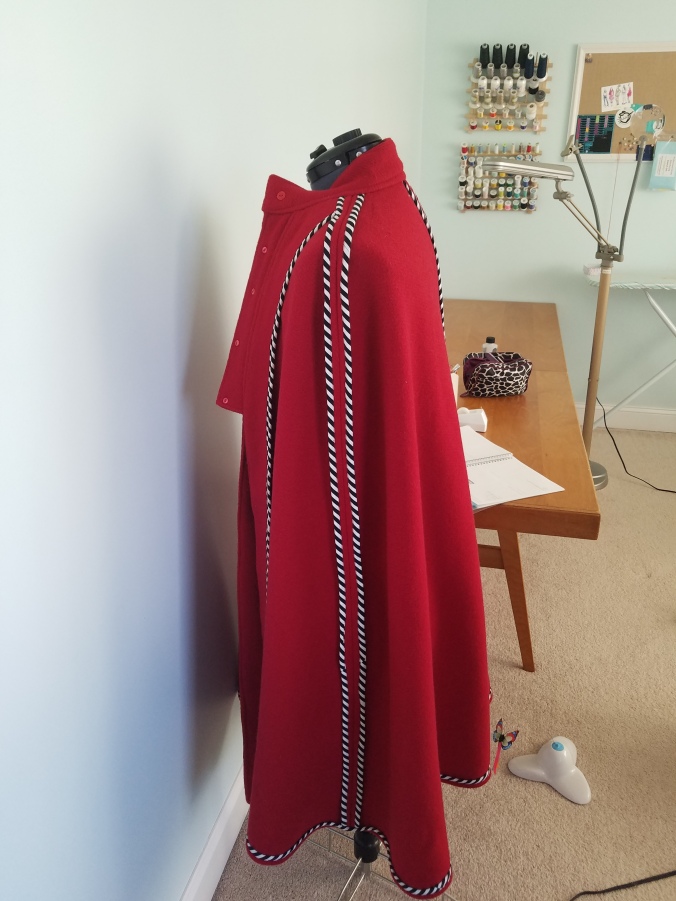 The only thing I would have done differently is to be more careful about my bias tape, I didn’t even think about matching the stripes on it, so in areas where they join, there are some mismatched stripes.  I will consider being more thoughtful about that next time.

So, now that that is done, I have moved on to a few easy palate cleansers.  I will be tackling McCalls 7660 and 7430.  A loose sweater and a turtleneck dress that will be just a turtleneck for me.  I got a few Christmas gifts and a couple of them were Closet Case Patterns.  Morgan jeans and Sasha pants.  I would like to get going on them soon, so hopefully they will be the next complicated thing on deck.  But you guys know I like to change my mind.  I also was feeling a little sorry for myself after my main squeeze left, so I got lost in some fabric sales and completely blew my January fabric budget out of the water.  I was out of control.  I have no regrets.

Until next time, happy sewing to all of you!